Artificial neural network (ANN), a powerful technique, has been used widely over the last decades in many scientific fields including engineering problems. However, the backpropagation algorithm in ANN is based on a gradient descent approach. Therefore, ANN shows high potential in local stagnancy. Besides, choosing the right architecture of ANN for a specific issue is not an easy task to deal with. This paper introduces a simple, effective hybrid approach between an optimization algorithm and a traditional ANN for damage detection. The global search-ability of a heuristic optimization algorithm, namely grey wolf optimizer (GWO), can solve the drawbacks of ANN and also improve the performance of ANN. Firstly, the grey wolf optimizer is used to update the finite element (FE) model of a laboratory steel beam based on the vibration measurement. The updated FE model of the tested beam then is used to generate data for network training. For an effective training process, GWO is utilized to identify the optimal parameters for ANN, such as the number of the hidden nodes, the proportion of dataset for training, validation, test, and the training function. The optimization process provides an optimal structure of ANN that can be used to predict the damages in the beam. The obtained results confirm the accuracy, effectiveness, and reliability of the proposed approach in (1) alleviating the differences between measurement and simulation and (2) damage identification including damage location and severity, in the tested beam considering noise effects. For both applications, dynamic characteristics like natural frequencies and mode shapes of the beam derived from the updated FE model, are collected to calculate the objective function

The inelastic buckling resistances of wide flange beams are strongly influenced by residual stresses and initial imperfections. However, the resistances as evaluated from simple solutions presented in several popular design specifications are found to be considerably different. The present study thus develop a numerical solution in ABAQUS software to investigate the inelastic buckling moment resistances of rolled steel beams with compact sections and subjected to the effects of residual stresses and initial imperfections. The residual stresses are taken as provided in AISC, CSA S16, EC 3 specifications, while the initial imperfections are taken as the first lateral-torsional buckling mode with a magnitude limited in AISC, CSA specifications. Through comparisons between the specifications and the numerical solutions, one observes a significant difference between the moment resistances predicted by the specifications, in which the AISC predicts the highest values, while the EC 3 predicts the lowest moments. The moment resistances based on the present numerical models lie between the EC 3 and CSA solutions and they are relatively close to EC 3 solutions. Effects of load height positions on the inelastic buckling moment resistances are significant, as investigated in the present study

Contact mechanics is a topic that performs the investigation of the deformation of solids that touch each other at one or more points. A principal distinction in contact mechanics is between stresses acting perpendicular to the contacting bodies' surfaces and stresses acting tangentially between the surfaces. This study focuses mainly on the normal stresses that are caused by applied forces. As a case study, the present work aims at investigating the bi-dimensional contact mechanics of wavy cosinusoidal anisotropic finite planes. To achieve this objective, results on the displacement and stress component are first calculated with the help of the Lekhnitskii formalism. Then, with the application of normal pressure at plane surface and by applying boundary conditions at depth h of solid we obtain solution for the contact pressure in closed form. In case of infinite anisotropic plane where the depth h tends to infinite, by using results obtained with finite h we derive the analytical solution for vertical displacement at the surface. As an illustration, behaviour of a monoclinic material under consinusoidal pressure is analyzed

Predicting the residual flexural capacity of corroded reinforced concrete (RC) structures is to help civil engineers decide to repair or strengthen the structures. This study presents the application of six single algorithm-based models of artificial intelligence, such as artificial neural network (ANN), support vector machine (SVM), classification and regression trees (CART), linear regression (LR), general linear model (GENLIN), and automatic Chi-squared interaction detection (CHAID) to predict the residual flexural capacity of corroded RC structures. The predicting results are compared to the surveyed data including 120 corroded RC beams from the projects built before 1975 to rank the efficiency of single models. Some combined models are applied to investigate the improvement in predicting the flexural capacity of corroded RC structures compared to the single models. The result shows that LR and GENLIN models give almost the same results and the best efficiency. The combined models can not improve the efficiency compared to the two best single models

Generally, friction/perturbation compensation is an important issue in high-precision motion control applications. In particular, when the system under control undergoes low-speed or reversal motions, the friction force and external perturbations will degrade motion accuracy. In this paper, we study analysis of perturbed frictional contact problems. Its shows how homotopy perturbation techniques and projection can be integrated in control-based approach to reanalyze the perturbed frictional contact problems. Thus, the perturbed non linear problem is decomposed into perturbed linear problems dedicated to each component in contact. Each solution of perturbed linear problems is approximated. A numerical application is performed to verify the efficiency and the robustness of the proposed method. The proposed method has been developed to be compatible within a context of multiple sampling (such as parametric analysis or design of experiments). The proposal relies on a control based method currently used in automation domain. A Fuzzy Logic Controller (FLC) is designed to link the normal gaps identified between the bodies and the normal contact pressures applied at the interface. Finally, a design of experiments is proposed to quantify the effects of input perturbations on output mechanical data

Supercapacitors (SCs) are important devices used in renewable energy storage applications on urban railways due to their high power density, good performance, and long maintenance-free lifetime. The position and capacity of supercapacitors play an essential role in increasing energy efficiency and improving the operating condition of the power supply system. This paper proposes an optimal methodology to place a supercapacitor energy storage system (SESS) for urban railway lines. The proposed method uses simulation tools to determine the level of renewable energy as well as the cycle of renewable energy occurrence at substations. Next, based on the working characteristics of the supercapacitor to calculate the accumulated energy that can be reused. Finally, the problem of the optimal siting and sizing of the SESSs is solved to maximize the economic benefits. A case study is applied to evaluate the algorithm. The simulation results demonstrate that installing the optimal SESS can increase energy efficiency, lower transient power, and the solution found is the best choice for economic goals

Algebra of polynomials bounded on some strips 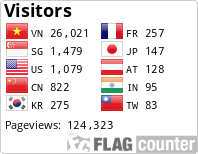